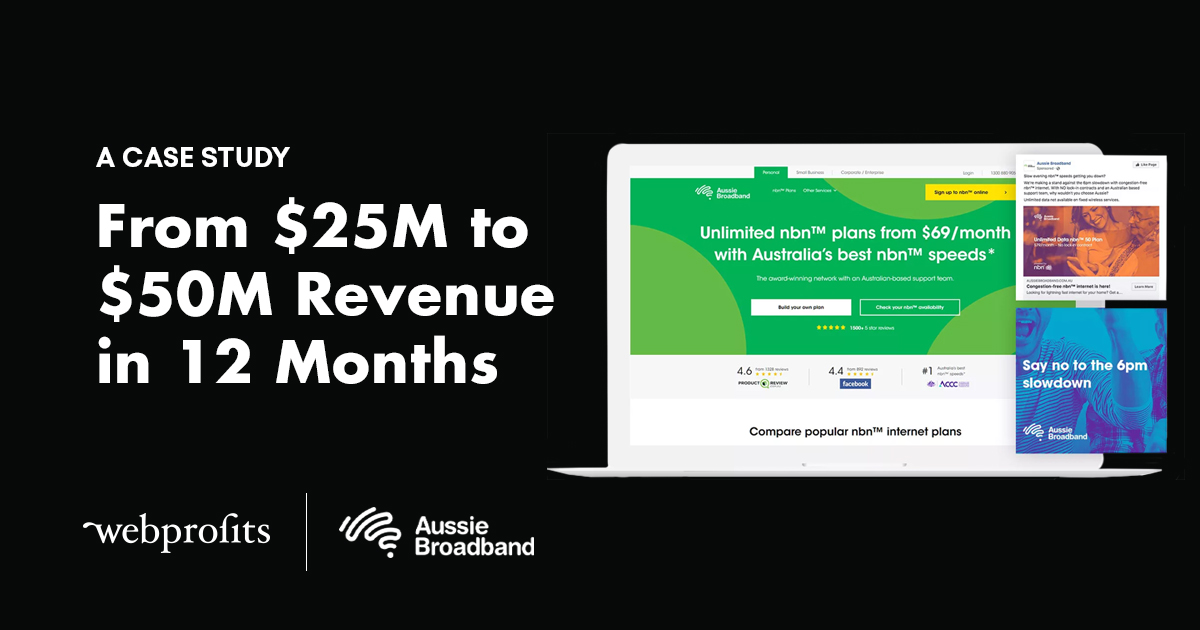 With the nbn™ being rolled out across Australia to replace ADSL, Aussie Broadband utilised a third-party provider to sell nbn™ to its customers but over time, congestion within the network damaged their brand and the experience their customers were receiving.

This left Aussie Broadband with a choice: they could either continue as they were and struggle to provide the quality of service they wanted, or they could evolve and build a nationwide nbn™ network that could compete with the big 4 telcos. They chose the latter and to support this initiative they needed to increase recurring revenue significantly.

The following outlines how the combined marketing teams at Webprofits and Aussie Broadband worked together on a 12-month growth marketing campaign to rapidly grow the business.

Double recurring revenue in one year from $25 million to $50 million.

With over 170 nbn™ providers in Australia and a “land grab” underway from providers looking to grow market share through any means possible, we knew Aussie Broadband had to stand out in front of the right audience at the right time on the right channels.

The nbn™ at the time was a hot topic of conversation, with congestion problems being experienced by many Australians the primary issue. Congestion problems were not limited to a single provider – during peak times the majority of the 170 nbn™ providers in Australia were failing to deliver on promised internet speeds, largely because the majority of them were being powered by the big 4 telcos.

This was Aussie Broadband’s big opportunity to make their network the exception, and so they publicly declared that they would ensure their nationwide nbn™ was high quality with enough capacity purchased for every one of their customers – something they opened up for customers to monitor for themselves.

Although faster nbn™ appealed to everyone we had limited advertising budget to work with so decided to narrow down our targeting to those who we thought would be getting most annoyed by these internet slowdowns – tech enthusiasts.

This target market were advanced internet users and gamers who understood the NBN and knew it was possible to get faster speeds than what the big four were offering so we hypothesised that they would immediately see our value and thus our customer acquisition costs would be lower.

The strategy we used with this target market was to get them to try out Aussie Broadband’s network as quickly as possible so they could see there was less congestion on the network – at which point they would be hooked. We also needed an offer that could overcome the trust issues these prospects had after getting burned in the past by one, sometimes two past NBN providers.

To do this we narrowed down the offer to 3 core features that appealed to this target market: 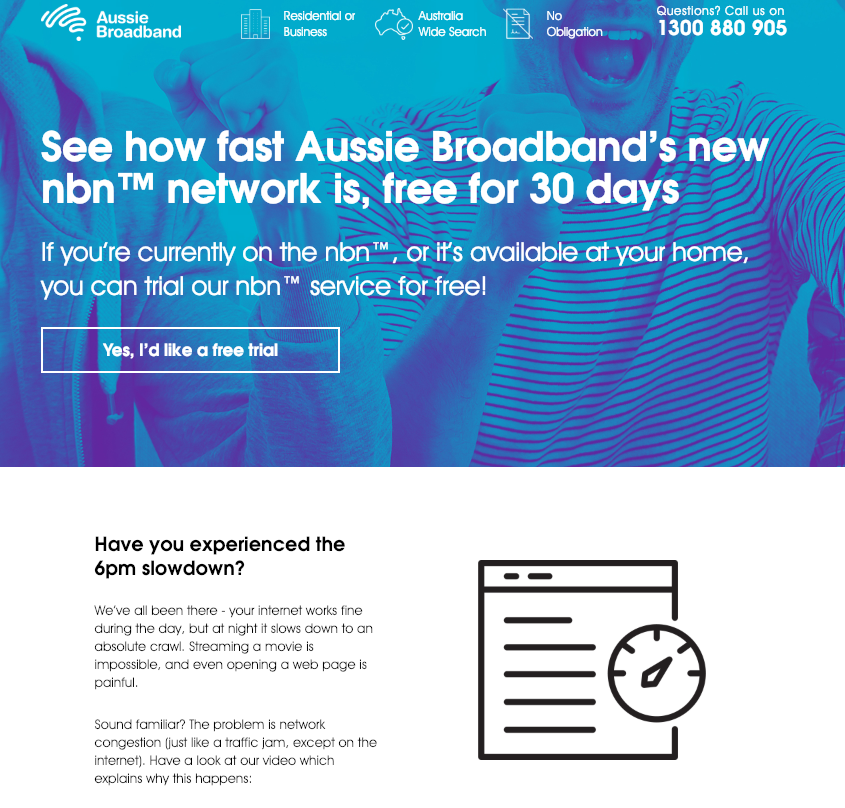 With the target market decided and an offer & USPs that we knew would appeal to that market, we then needed to get in front of those people, convince them and generate sales.

Although at heart we are performance marketers at Webprofits, we knew that with targets so low we had to get creative and apply a creative campaign overlay as to all of the tactical marketing we did.

We decided to get in front of this target market at the exact time they would be facing the worst internet speed and congestion. Using NBN data combined with media reports and complaints we ascertained that this time was at 6pm, once everyone was home from work and turning on Netflix and browsing the internet on multiple devices.

Thus, the “Say No To The 6pm Slowdown” creative campaign was born:

To get cut-through with this campaign we made sure the messaging permeated through everything we did both across the website, blog posts, video content and all of our tactical marketing.

We knew we were starting to get traction with the campaign once unaffiliated third parties started mentioning the campaign organically:

When even customers started talking about the campaign and that what we claimed about the network and it’s ISP was actually true we knew it was getting cut-through:

To get this message in front of the right people we utilised our Fluid Approach to Growth Marketing and rapidly tested channels and tactics – scaling up the ones that worked and learning from the ones that didn’t.

With the budget a fraction the size of Telstra’s $200m annual budget we made sure to focus on low-cost channels combined with automating as much as we could which freed up time for future growth ideas.

We tested a huge range of channel and tactics over the year and we’re still testing lots more now. The following outlines some of the most effective tactics.

Facebook ads were run from 5-7pm during ‘peak congestion’ times, targeting tech audiences who followed publications like Gizmodo and resided in nbn™-ready areas. We also used creative tactics such as targeting Facebook ads promoting content at specific journalists at publications we wanted to be picked up in. 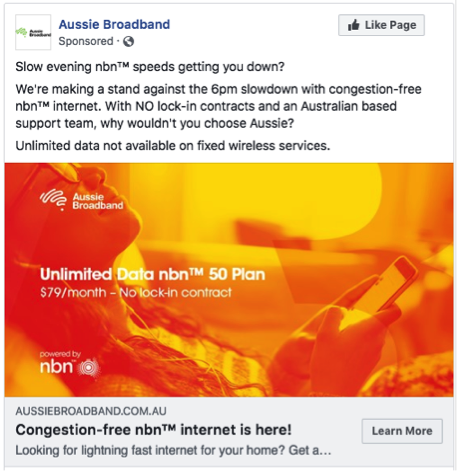 Utilising content to increase organic traffic with blog articles written based on search volume and industry/competitor audits to find top linked/shared content. We also utilised Aussie Broadbands extensive FAQ database and created and optimised hundreds of individual pages which ranked in Google’s Featured Snippets position. Using SEMRush‘s Keyword Magic Tool we also identified relevant questions people were asking and which ones had a “featured snippet” showing and created content around these questions. 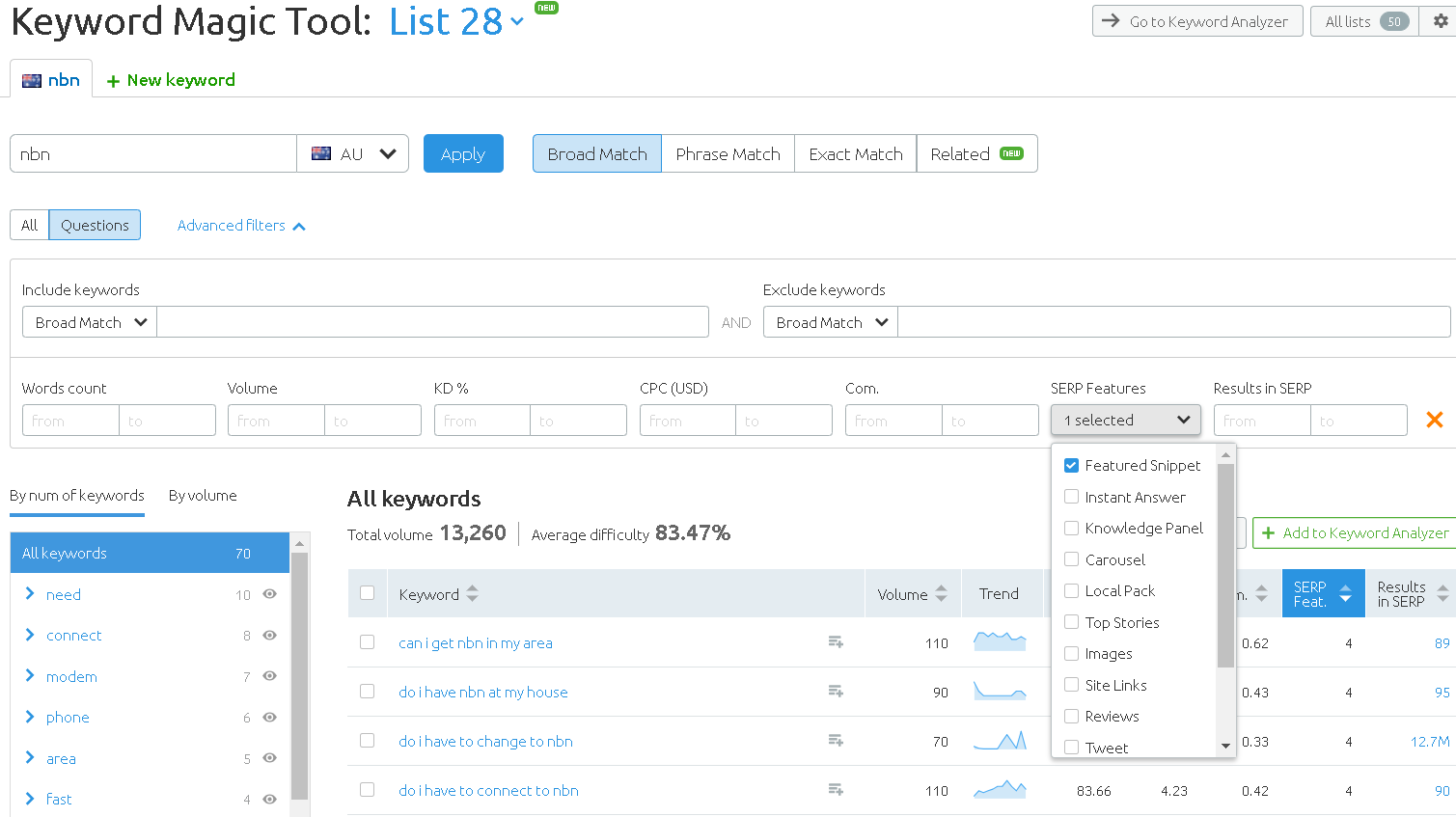 Automated email-sequences that triggered once someone checked availability, attempted to purchase online or downloaded one of our free internet speed guides were copy-written and built. Each sequence was dynamic and aimed to sell the best service depending on the nbn™ speed or availability the user could get. 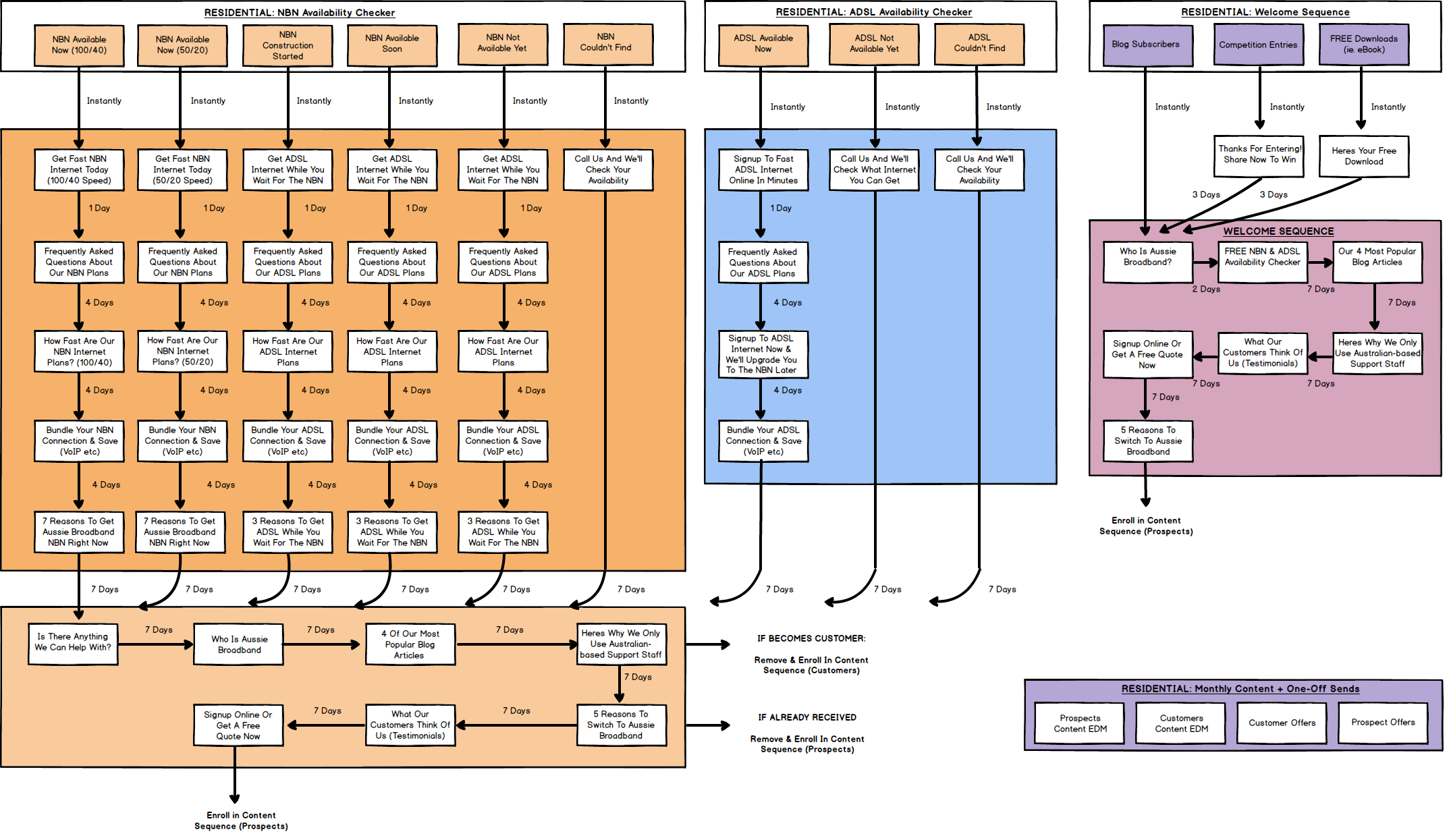 A new website was designed & developed by Webprofits and then constantly reviewed and optimised continually to maximise the conversion rate, through actions such as sales copywriting, performance-focused design, an improved online sign-up process, and an nbn™ availability check tool. In addition, this tool could check both speed and availability, making it a unique offering in the industry.

Growth Marketing tactics including an automated review generation strategy (which helped Aussie Broadband win productreview.com.au’s award for internet service provider of the year) and creation of a referral program were implemented to allow the tech-enthusiast base to refer their friends who complained about the 6pm slowdown on other providers. 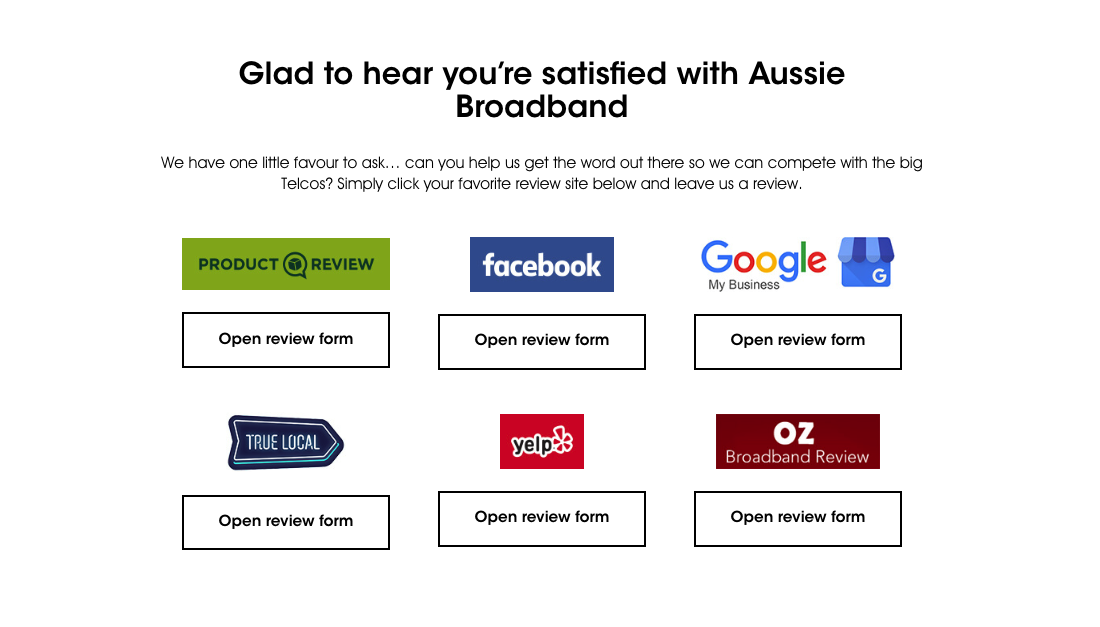 Targeting people specifically within “nbn™ available” areas when searching for nbn™ providers or general information. We also utilised competitor targeted ads and even bid on nbn™ POI id numbers to capture tech-enthusiasts searching for the status of their nbn™ POI. As well as running ads on Google we made sure to target Bing which has lower market share but less competition and thus lower cost per clicks and acquisition costs. 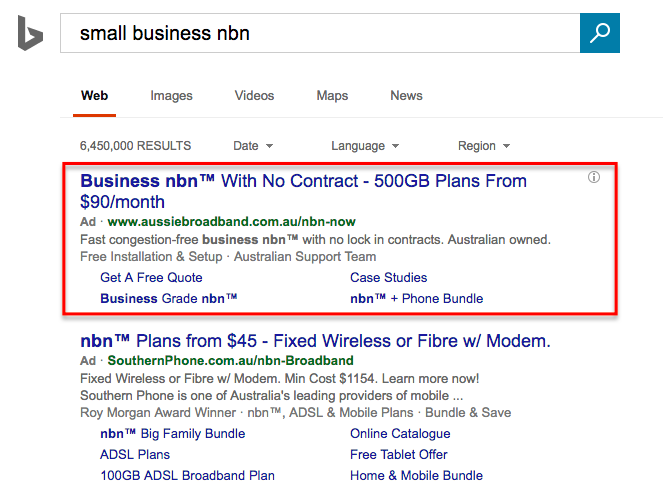 With cost per clicks rapidly rising on paid search we also tested a wide range of other paid channels such as comparison sites and found that with lower cost per clicks and more qualification/pre-selling before the click we were able to make a range of these sites profitable. 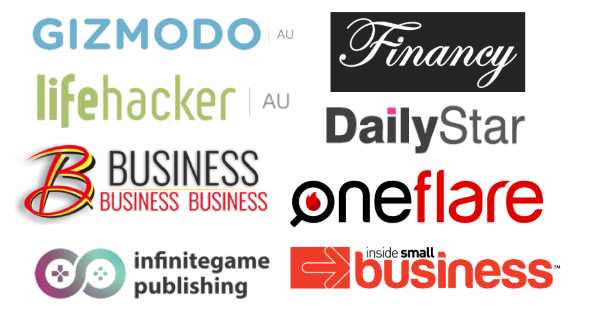 Utilising the profile Aussie Broadband’s CEO had built on tech-enthusiast forums such as Whirlpool and Reddit to help grow sales with free trial offers, helpful content and #askmeanything threads utilised as tactics.

Using our Fluid Approach to Growth Marketing we were able to hit the goal of doubling recurring revenue with highlights from the campaign including: 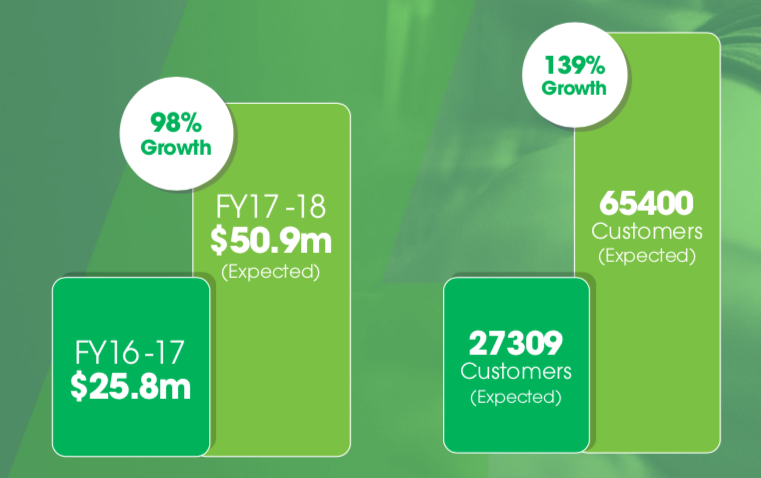 Overall it was a very successful campaign and we’re now trying hard as a combined team to make this year even bigger with a huge range of new growth ideas, tactics and channels currently being tested.

We were proud to also receive SEM Rush’s award for Best Integrated Campaign for our work on the “Say No To The 6PM Slowdown” campaign – a well-deserved award for both teams and the rapidly evolving growth marketing campaign that they put together through the year. 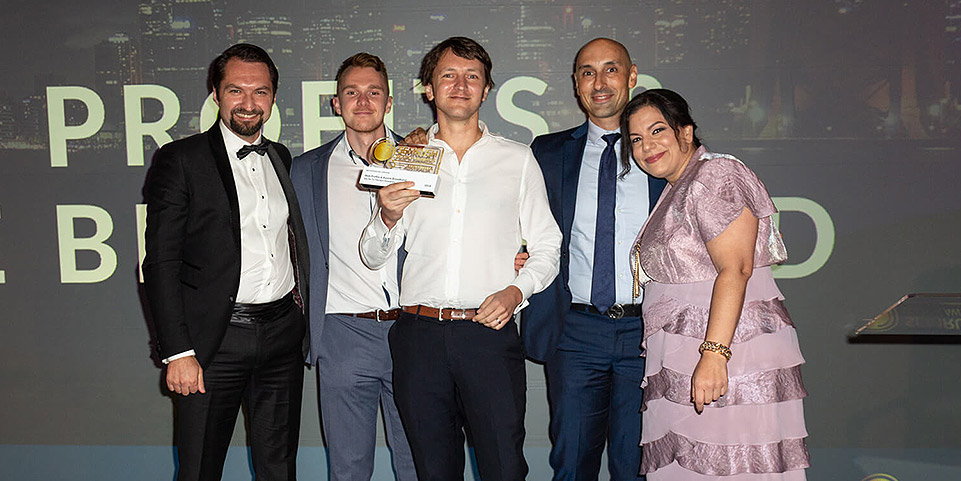 Wondering what the team at Aussie Broadband had to say about working with Webprofits on this campaign? Check out this video (and get in touch if you’d like to discuss working with us):

Head of Strategy + Growth at Webprofits
Duncan has been building websites and online businesses since the days of the 56k modem and made his first $1 online from annoying popup ads. With over 10 years experience, he leads Strategy + Growth at Webprofits and still loves the thrill of launching digital marketing campaigns, getting the first conversion and then rapidly optimising and scaling them for clients across the company. 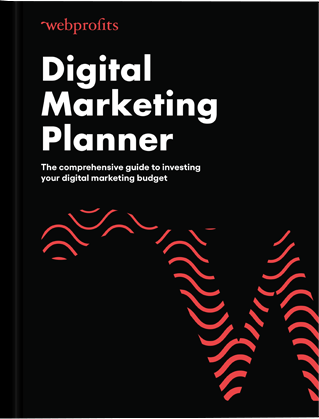 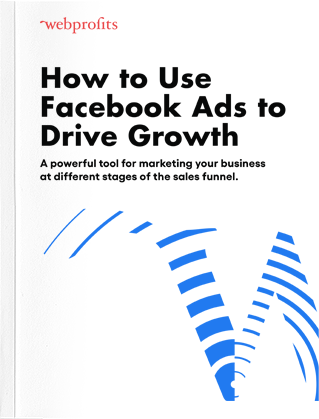 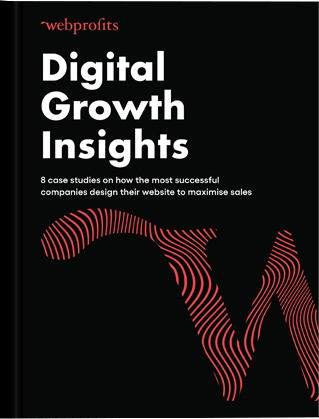 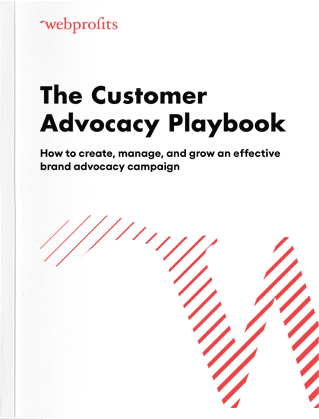 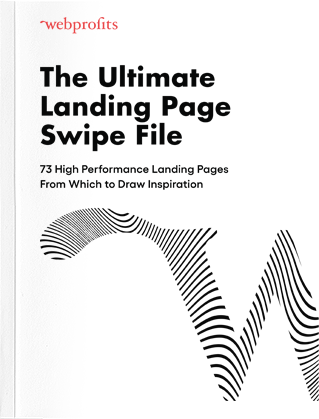 The time to
scale is now

Find out how we can help you make it happen